Every year in May, thousands of visitors from all parts of the world flock to the RHS Chelsea Flower Show in London, England.

The Royal Horticultural Society has held the flower show since 1912. It is the most famous flower and landscape gardens show in the United Kingdom, and certainly one of the most prestigious in the world.

Unfortunately, a somewhat bothersome phenomenon named the ‘Chelsea Cough’ can mar one’s enjoyment of it. But never fear, there is a self help hold to ease that infamous irritation.

Last year, my friend Sara (also one of my Jin Shin Jyutsu clients) participated in the RHS Chelsea Flower Show. She told me about her experience with ‘The Cough’ and how a self help hold I showed her helped relieve symptoms:

“I had heard of the Chelsea Cough but as I’d never been I didn’t quite know what it would be like. I saw lots of people suffering – coughing and spluttering and sneezing. It’s a very strange effect. But I remembered your hold. Sadly it was on the last day, but it really helped! In fact, I told many people about it and they all said it eased their symptoms.”

Self help hold to ease irritating cough (not just at Chelsea)

If you like, add an extra dynamic. Fold your other hand into a soft fist so that your fingers rest on the base of your thumb, palm side.

What causes The Cough at Chelsea Flower Show?

The culprit is the London Planetree.

These trees are a permanent fixture at the Chelsea Flower Show and there are lots of them. They are known to cause grief to many visitors. This is because it’s the exact time of year when the London Planetrees produce a dust from the bristle fibres on the seeds that create a physical irritation.* Apparently, the problem is exacerbated by dry and windy weather.

A bit of history

London Planetrees are the result of a cross between two different tree species from widely divergent parts of the globe.

Records say that this hybrid was created in the 17th Century, but details as to how and where this took place are lost. Regardless of its origin, the new offspring of the cross was discovered to tolerate the nastiest smoke and grime in London. Because of this, its fame has spread over the last 300 years.

Found in many cities

The London Planetree is a popular street tree in cities. It thrives in sooty air and provides wonderful shade. Its ability to withstand air pollution, drought, and other adversities assures its popularity as an urban tree.

Self help hold for allergies (mediator)

You may also like:
My Jin Shin Jyutsu Resources Page

About Sara Willman, founder of myflowerpatch.com
Award-winning grower of beautiful fresh flowers for all occasions, based in Wiltshire, England.

Sources:
London Planetree: A Tough Dweller with a Confusing Past
By James R. Fazio, December 5, 2017, arbordayblog.org

Self Help to Relieve Emotional Upset 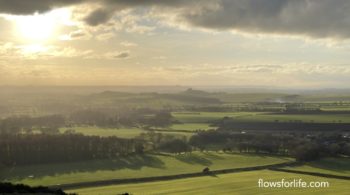 Self Help to Relieve Emotional Upset 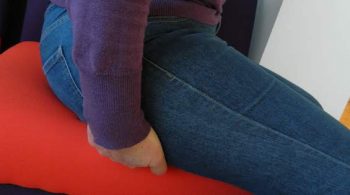 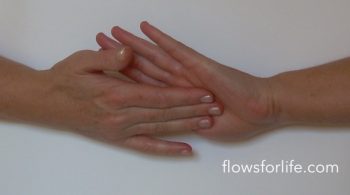